If you’re expecting floor action on immigration in the House, you may have to wait until October.

House Budget Committee Chairman Paul Ryan (R-Wis.) told attendees at a town hall in Racine, Wis., that his chamber could start voting on immigration bills that month – pushing the timeline for action in the House even further back.

“Tentatively, in October, we’re going to vote on a border security bill, an interior enforcement bill, a bill for legal immigration,” Ryan said, according to the Milwaukee Journal Sentinel.

The Republican-led House will also move on legislation for “people who are undocumented,” Ryan said. 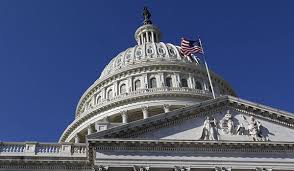 A spokesman for House Majority Leader Eric Cantor (R-Va.), whose office sets the House floor schedule, said Friday that there are “no scheduling announcements to make.” A spokesman for Ryan said in an email that the Wisconsin Republican was noting “his preference for legislative action to fix our broken immigration system.”
The House Judiciary Committee has cleared four separate pieces of legislation that would overhaul different corners of the immigration system, while the House Homeland Security Committee has passed a border-security bill that has earned bipartisan support.
According to the Journal Sentinel, Ryan outlined a 15-year pathway to citizenship that would provide undocumented immigrants with a “probationary visa” in the interim. That reflects the pathway to citizenship being crafted by a bipartisan group of seven House lawmakers in its comprehensive bill.
Much of the legislative activity on immigration in the House has been kicked back to the fall. The bipartisan group, informally called the House Gang of Seven, isn’t planning on releasing its bill until at least September.
And the House will be facing a rush of other priorities once it returns from its August recess. The chamber is only in session for nine days in September, and it will have to pass legislation to fund the federal government, as well as an extension of farm policy, by the end of that month.
Best regards
und viele Grüße aus Charlotte
Reinhard von Hennigs
www.bridgehouse.law