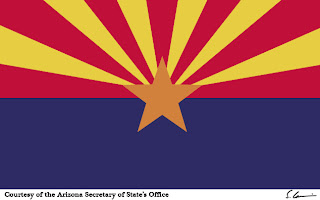 Arizona, once a trailblazer in cracking down on illegal immigration, is rethinking its ways.

While a number of states jumped on the Arizona bandwagon and copied the state’s illegal immigration laws in an effort to reduce their unemployment rate and rev up the local economy, it’s becoming clear that the laws’ unintended consequences, in particular to the economy, have been severe. Studies show that jobs are being lost, GDP is shrinking, and tax revenue is declining.

To stop the downward spiral, public and private leaders in Arizona introduced what is called the “Arizona Accord” last month, which seeks to recognize the contributions immigrants have made and strike a more conciliatory tone towards both the federal government, which took the states to court over the laws, and immigrants themselves.

That may be true. In the end, though, it is often enough the economy that makes the ultimate decision.