Balanced Budget in the Italian Constitution Reform. Is that a Great Idea?* 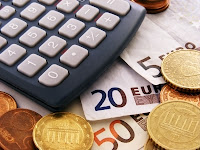 The Italian Senate has passed a constitutional amendment providing the requirement of a balanced budget. The bill has been adopted with the required two thirds majority of voters and now has to be approved by the lower chamber of the Senate.

The day after the reform passed, the government enacted the finance and economy document (DEF) stating that its aim will not be achieved in 2013, as Italy has promised at European level, but at best in 2015. According to the International Monetary Fund (IMF) Italy will not even reach its target before 2017.

Was such a rule introduced in the Italian Constitution only to be disrespected from the beginning? It is likely that a reform of this kind will even further weaken the Constitution that should actually be difficult to bypass or to be amended by parliament.

The problem is that nobody can really say if the structural budget is balanced or not. For instance, in 2007 IMF considered the Spanish budget with a big structural surplus and the Irish one with a structural balance. In 2011 the same IMF modified its assessments and held that the 2007 budget of the two countries was in heavy deficit. Some think it is a mistake to introduce a constitutional amendment based on such unpredictable element. Who will have the power to say when there is a structural balanced budget? Will it be the government (that probably will not be impartial in its assessment)? Or should we ask the constitutional court to take some economy lessons?

When in August of 2011 president Berlusconi’s cabinet started the constitutional amendment procedure many Italians endorsed the project. Due to the fragile economic situation every kind of economic reform would have been welcomed. Luckily now the situation is more stable and more serious, therefore more credible approaches to reduce the Italian public debt can be taken into consideration. Former minister of economics Giulio Tremonti proposed to amend Article 41 of the Constitution (dealing with freedom of enterprise) to increase economic growth in the country.

Maybe it would be better to start with a meticulous spending review of the expending items surrounded by episodes of corruption, such as healthcare expenses and parties´ public financing. As Corrado Passera (Minister of Development) said, it might be better to continue with a lot of small practical ideas on how to diminish the public debt instead of one big (weird) idea such as the balanced budget in the Constitution.

* Author of this article is BridgehouseLaw Munich intern Davide Martello from Poiana Maggiore.