CAN A BREACH OF CONTRACT JUSTIFY CORPORATE VEIL PIERCING?

April 24, 2019
CAN A BREACH OF CONTRACT JUSTIFY CORPORATE VEIL PIERCING?
In a recent North Carolina Business Court decision, the court reviewed whether a breach of contract itself was sufficient to pierce the corporate veil.
Plaintiff Kerry Bodenhamer Farms (KB Farms) and Defendant Nature’s Pearl entered into a written supply agreement for Plaintiff to supply grapes to Nature’s Pearl, a juice manufacturer[1]. The turning point in the relationship was when Nature’s Pearl received a load of grapes which revealed after processing that the alcohol content of the grapes was too high.  Nature’s Pearl notified KB Farms that it was not willing to pay for the grapes because they were not of suitable quality.  The relationship between the parties worsened and Nature’s Pearl notified KB Farms that it was terminating the supply agreement.  KB Farms did not acknowledge the termination and instead continued to supply grapes to Nature’s Pearl. Nature’s Pearl owner Jerry Smith sent a check for the previous load of grapes using the bank account of Le Bleu, another company owned by Smith. KB Farms rejected the check and soon after filed a lawsuit against Nature’s Pearl, Le Bleu, and Smith for breach of contract. KB Farms alleged that Le Bleu and Smith should also be liable because they got involved in the breach of contract when Smith used Le Bleu’s check to pay for the grapes.
In North Carolina, the test for piercing the corporate veil is called the “instrumentality rule.” To pierce the corporate veil the plaintiff must demonstrate that (1) the defendant (either an entity or person) dominated and controlled a corporation; (2) the defendant used that domination and control to perpetrate a fraud or wrong; (3) the defendant’s domination and control was the proximate cause of the wrong. The court held that there was insufficient evidence to pierce the corporate veil under the instrumentality test. In the past, the court only pierced the corporate veil when there were other compelling factors aside from the breach of contract. Typically, there must be some evidence of fraudulent or inequitable conduct; for example, evidence that the entity was created only as a puppet entity to limit its liability or for the purpose of entering into the relevant contract. Another common example would be if all of the entity’s assets have been transferred to render it judgment-proof. Here, KB Farms was unable to demonstrate that either Le Bleu or Smith were otherwise engaged in wrongful conduct that would give rise to liability under the Instrumentality Rule. Thus, the court dismissed Le Bleu and Smith from the case.
What are the takeaways from this case?
Generally, business owners who operate several companies should take special care to observe corporate formalities. Commingling one entity’s assets with another entity’s assets is a significant factor in favor of veil piercing. Here, Le Bleu and Smith narrowly avoided this fate based upon a detailed review of the surrounding facts.  A mere breach of contract was not enough to justify piercing the corporate veil, and Smith’s use of another company’s check did not rise to the level of “commingling” in light of all the evidence presented. 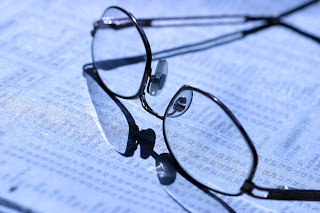