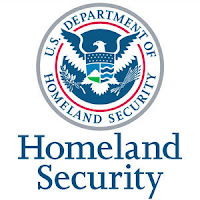 USCIS Director Alejandro Mayorkas, President Obama’s nominee to be deputy secretary of the Department of Homeland Security, is under investigation by the DHS Inspector General for allegedly helping a Chinese investor get an EB-5 immigrant investor visa after the investor’s petition was denied and his appeal rejected.

According to the Associated Press, the matter came to light based upon information obtained from an FBI analyst in the counter-intelligence unit in Washington, D.C.

According to an email message sent by the IG, the complaint against Mayorkas is that he helped Anthony Rodham, the brother of former Secretary of State Hillary Rodham Clinton and the owner of a regional center named Gulf Coast Funds Management, L.L.C., of McLean, Va., to get approval for the Chinese investor’s visa after the visa petition was denied and the investor’s appeal was rejected.