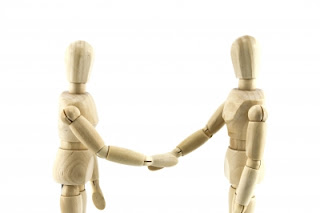 “When will mankind be convinced and agree to settle their difficulties by arbitration?”

Ben Franklin may be pleased to know that arbitration has become a leading method of resolving disputes, especially in the international context. Generally, arbitration is a creation of contract. Two parties decide that they will submit their disputes to the binding decision of a third party, rather than deal with the expense and time of pursuing restitution through a court. The risk of this is the decision of the arbitrator is final, and the parties must accept the decision. International arbitration has developed as an important tool to allow parties from different countries, cultures, and legal structures to come to an agreement.

Arbitration is different from mediation and conciliation, although they all make up what is known as Alternative Dispute Resolution, or ADR. ADR is increasingly seen as an efficient way of avoiding the traditional legal system while still receiving a fair result. Different from arbitration, mediation and conciliation usually involve a facilitated negotiation between two parties that is aimed at producing a consensual settlement. The parties are negotiating with each other through an intermediary, and the theory is that both parties will come to an agreement about how to settle their dispute. With arbitration the parties don’t negotiate or have a say in the final decision; the solution of the arbitrator is a final, binding determination of the situation.

While arbitrators usually must be certified and credential to practice, what that actually means is left up to the individual jurisdictions. A standard practice is for an arbitrator to have at minimum a college degree and preferably a graduate degree. After passing a set amount of courses the fledgling arbitrator usually is required to intern or shadow an established arbitrator for a period of time. After this requirement is met, the new arbitrator is free to handle their own cases. Although this seems like relatively few requirements to make binding decisions on complex, international commercial issues, the parties will usually have a choice about who actually arbitrates the case, including veto power over someone that is not qualified for the situation.

Arbitration has become an important tool for many commercial transactions. Over the next week we will be exploring some of the ins and outs of this method of dispute resolution in an international context.

This is the first post in what will be an examination of International Arbitration. Check back here often for the rest of the series.