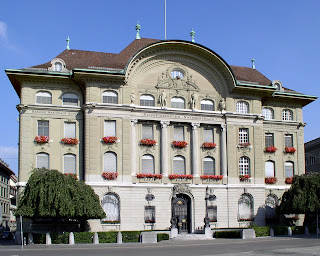 For most Americans a Swiss bank account is one of those things that everyone perceives as a sign of wealth and prestige. Keeping your money safe, secure, and most importantly secret, at an office in Zurich or Geneva was supposed to be the pinnacle of security for the funds of the rich. The reason for these types of accounts was to keep the IRS from collecting taxes on the assets. The United States employs a citizenship tax system, which means that it taxes its citizens for the income they earn the world over. This is where the secrecy of a Swiss bank account is valuable to American clients. The IRS has been fighting the banks who keep these secret, “off-shore” accounts for Americans for years. Due to the last few years of financial difficulty the world over the IRS and the U.S. government are putting increased pressure on the Swiss banks to divulge their American client lists, and threatening large fines if they fail to comply.

It seems that the two sides are close to an agreement. Swiss and U.S. officials are now in the advanced stages of forming a “global resolution”, and an announcement may be made as early as July. The deal is likely to be something like this: the Swiss banks will pay a large fine, discontinue any undeclared off-shore banking activity with U.S. clients, and turn over the names and account numbers of any U.S. clients that had previously held taxable assets in Switzerland. In return, the IRS will agree to discontinue any investigation into the banks themselves regarding their alleged contributions to U.S. tax evasion. The banks would also be allowed to continue operating in the United States.

So what is the future of off-shore banking in Switzerland? Well, if something like the agreement described above is finalized it will be a large blow to the Swiss banking tradition, which is founded on client confidentiality. Although the popular picture of the iron-clad, numbered Swiss bank account may be somewhat tarnished, it will not disappear all together. This resolution will likely only affect the larger banks that have significant interests in the United States, and therefore must be worried about what the U.S. government may do to them. Facing criminal fines and the possible revocation of their licenses, they will probably pay the fine and continue on with business. However, smaller Swiss banks that have only local ties and no real presence in the United States will probably not participate in the resolution, choosing instead to accept the increased scrutiny from the IRS and the Justice department in an attempt to win clients and maintain one of the traditions that Switzerland is known for.

*This article was contributed by our Summer Associate, Mark Van Wieren, a rising 3L at Wake Forest School of Law.