“Kitty” and “Miffy” Settle Out Of Court 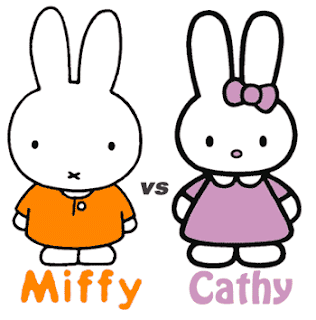 The legal battle between “Hello Kitty” owner Sanrio and “Miffy” copyright manager Mercis finally ended with a settlement out of court. The parties decided to donate the 150 000 € settlement to the victims of the March 2011 earthquake in Japan and Cathy will disappear as a friend of Kitty.

The Dutch firm Mercis sued against the Japanese Firm Sanario in November 2010 because their rabbit character Cathy looked too much like the Dutch rabbit character Miffy, which was created by Dick Bruna in 1955. Cathy appereared two years after “Hello Kitty” in 1976 with no x for a moth while Miffy makes do with one.

A court in Amsterdam recently ruled that Sanario has to stop any production and marketing of Cathy goods in the court’s Benelux jurisdiction. The remarkable resemblance of Cathy to Miffy infringes Mercis’ copyright and trademark right, the court ruled. In response to the court’s order, Sanrio filed a suit demanding a suspension of Miffy’s trademark.

Following the March 2011 earthquake both parties negotiated directly with each other. Their negotiations resulted in a settlement. Sanrio did not concede it had violated Mr. Bruna’s copyright in any way, but it did agree not to manufacture any new products featuring the Cathy rabbit character.

Through the end of “Kitty’s” and “Cathy’s” friendship, this court case is solved.