Laissez-faire, where art thou? 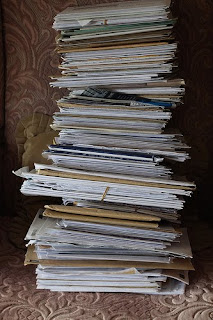 The Economist has an excellent piece on over-regulation in America. Traditionally, the United States has been marked by its adherence to laissez-faire, the principle in which the state does not meddle in transactions between private parties. As of late, however, the United States seems to be taking the opposite path. Indeed,

“[a] Florida law requires vending-machine labels to urge the public to file a report if the label is not there. The Federal Railroad Administration insists that all trains must be painted with an ‘F’ at the front, so you can tell which end is which. Bureaucratic busybodies in Bethesda, Maryland, have shut down children’s lemonade stands because the enterprising young moppets did not have trading licences,”

as the Economist quips.

Unfortunately, over-regulation does not limit itself to such laughable issues. The Dodd-Frank law of 2010, designed to prevent another financial crisis by putting an end to “too big to fail,” to abusive financial practices and to excessive risk-taking, has been suffocated by its complexity – complexity that is still increasing. The Economist notes that,

“[a]t 848 pages, it is 23 times longer than Glass-Steagall, the reform that followed the Wall Street crash of 1929. Worse, every other page demands that regulators fill in further detail. Some of these clarifications are hundreds of pages long. Just one bit, the ‘Volcker rule’, which aims to curb risky proprietary trading by banks, includes 383 questions that break down into 1,420 subquestions.”

Likewise, “ObamaCare” hasn’t succeeded in reducing the amount of paperwork health providers must wade through: per hour of patient treatment at least 30 minutes of paperwork and often enough a whole hour. Do we really need “nine codes relating to injuries caused by parrots, and three relating to burns from flaming water-skis?”

The author suggests a number of remedies to over-regulation. Sunset clauses, less hubris in the belief that all eventualities can be regulated, less lobbying. It remains to hope that some legislators take note. After all,

“[C]omplexity costs money. […] A study for the Small Business Administration, a government body, found that regulations in general add $10,585 in costs per employee. It’s a wonder the jobless rate isn’t even higher than it is.”