Mariah Carey: The Queen of Christmas? 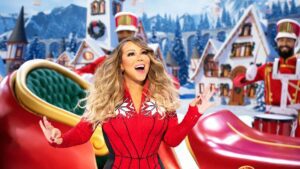 Since the 1994 release of “All I Want for Christmas is You”, Mariah Carey has become inextricably linked with the Christmas holiday season. Shortly after the release of this song in 1994, it topped the charts in twenty-six countries, including Mexico and Germany. Even now, every year the song surges in popularity as the holidays approach.

In 2021, Mariah Carey filed a trademark application with the U.S. Patent and Trademark Office through her company Lotion LLC. The application sought to protect three phrases: (1) “Queen of Christmas,” (2) “Princess Christmas,” and (3) “QOC.” The application sought to use these phrases exclusively for a range of products, including makeup, clothing, jewelry, dog accessories, and even coconut milk. Such a broad trademark registration would prohibit the sale of merchandise in this range of products with any of the three phrases by other businesses in the United States.

Since the application’s filing, two artists made public statements against the application: Darlene Love, who said she was titled Queen of Christmas by David Letterman in the late 20th century, and Elizabeth Chan.

Elizabeth Chan is a musician based in New York who has exclusively made music for Christmas for at least ten years and felt that she would be uniquely affected by Mariah Carey’s trademark application. As a result, she sought legal counsel through the law firm WilmerHale to file a motion in opposition to Mariah Carey’s application on May 17, 2021. As grounds for opposition, Mariah Carey’s legal team highlighted that media sources have dubbed Ms. Chan the “Queen of Christmas” since at least 2014. Further, Ms. Chan has also used the brand “Princess of Christmas” referring to her daughter, Noelle, in connection with the sale and licensing of music, books, and entertainment services since approximately 2017. As such, U.S. consumers have come to associate “Queen of Christmas” and “Princess of Christmas” with Ms. Chan’s brand through her business, Battery Park Media LLC.

As a result, on November 14, the Trademark Trials and Appeals Board issued a default judgment against Mariah Carey denying her trademark application for the three phrases, as her legal team failed to file a timely response to Elizabeth Chan’s opposition. In an interview with Variety magazine before the news of her success, Ms. Chan stated, “I feel very strongly that no person should hold onto anything around Christmas or monopolize it in the way that Mariah seeks to in perpetuity. . . . That’s just not the right thing to do. Christmas is for everyone. It’s meant to be shared; it’s not meant to be owned.”