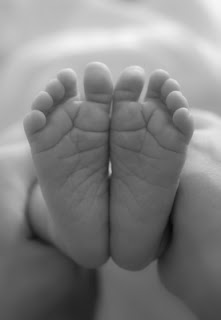 On March 9, 2011 officials in San Gabriel, CA shut down a house that was home to several “maternity tourists” from China.

The following are selected passages from the original NY Times article which can be found here.

For the last year, the debate over birthright citizenship has raged across the country, with some political leaders calling for its end. Much of the debate has focused on immigrants entering illegally from poor countries in Latin America. But in this case the women were not only relatively wealthy, but also here legally on tourist visas.

Immigration experts say it is impossible to know precisely how widespread “maternity tourism” is. Businesses in China, Mexico and South Korea advertise packages that arrange for doctors, insurance and postpartum care. And the Marmara, a Turkish-owned hotel on the Upper East Side in New York City, has advertised monthlong “baby stays” that come with a stroller.

For the most part, though, the practice has involved individuals. The discovery of the large-scale facility here in the San Gabriel foothills raises questions about whether it was a rare phenomenon or an indication that maternity tourism is entering a new, more institutionalized phase with more hospital-like facilities operating quietly around the country.

The Center for Health Care Statistics estimates that there were 7,462 births to foreign residents in the United States in 2008, the most recent year for which statistics are available. That is a small fraction of the roughly 4.3 million total births that year.

Immigration experts say they can only guess why well-to-do Chinese women are so eager to get United States passports for their babies, but they suspect it is largely as a kind of insurance policy should they need to move. The children, once they turn 21, would also be able to petition for their parents to get United States citizenship.

The State Department, which grants tourist visas, is not permitted to deny visa applications simply because a woman is pregnant.