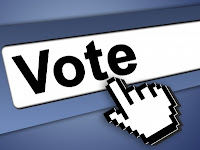 Voting rights and state initiatives to prevent voting frauds remain contentious subjects. A growing number of states have enacted voter ID laws, prompting a divisive debate over whether proponents are seeking to limit access to the polls in a presidential election year.

In November 2004 Arizona accepted “Proposition 200,” an Arizona state initiative that required individuals to produce proof of citizenship before they may register to vote or apply for public benefits in Arizona, with 56% of the vote. It is said that the “Protect Arizona Now” committee, wrote it because of a serious concern for lax voter registration and voting procedures and concerns that public services to immigrants from neighboring Mexico, many of whom are illegal immigrants, were too costly.

The court said the “photo identification requirement is not an invidious restriction” but concluded that the National Voting Rights Act superseded the law’s requirement that anyone registering to vote in a federal election show “satisfactory evidence” of citizenship.

For information how to register to vote please check out the following links: http://usgovinfo.about.com/od/thepoliticalsystem/a/voterreg.htm for general information and http://phoenix.about.com/cs/govt/ht/registervote.htm for information about Arizona ID requirements.