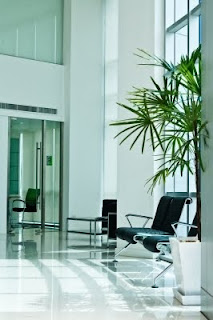 Following up on our March 10 blog post regarding the introduction of a bill in the North Carolina General Assembly that would permit non-lawyer ownership of law firms. The following post explains in more detail the origin of the bill as well as its pros and cons.

ORIGIN
In the United Kingdom, the Legal Services Act (effective since 2011) allows lawyers to partner with non-lawyers. The Act constitutes an attempt to sweep aside old historic protections and restrictions allowing lawyers to compete in the legal marketplace like traditional businesses do. The English Legal Services Board foresees alternative business structures that will allow “a greater proportion of individual non-lawyers, as well as external ownership or part ownership of law firms.”

In North Carolina, Fletcher Hartsell Jr., a Republican state senator and lawyer, introduced a bill in the General Assembly on March 8, 2011 that would permit non-attorney ownership of law firms.

Under the proposed bill, non-lawyers can own up to 49 percent of law firms so long as lawyers continue to control the company. Furthermore, stock certificates must state that “no non-licensee shareholders shall interfere with the exercise of professional judgment by licensed attorneys in their representation of clients.” The certificates must also provide that any conflict between the company’s duties to its clients and the court versus shareholders will be resolved by giving the duty to the court first priority, followed by the duty to the client.

The current version of North Carolina Rules of Professional Conduct 5.4(d) does not allow such ownership of law firms by non-lawyers:

“A lawyer shall not practice with or in the form of a professional corporation or association authorized to practice law for a profit, if:
(1) a nonlawyer owns any interest therein, except that a fiduciary representative of the estate of a lawyer may hold the stock or interest of the lawyer for a reasonable time during administration; or
(2) a nonlawyer has the right to direct or control the professional judgment of a lawyer.”

PROSPECTS FOR ENACTMENT
A spokesman for the North Carolina State Bar Association told Legal Futures that the bill had just been introduced and the bar “has not had any chance yet to review the proposed bill or adopted any position on [it].”