No more cold shoulder towards the Int’l Criminal Court? 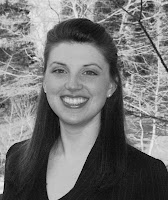 The USA’s first appearance at the International Criminal Court (The Hague, Netherlands) could signal the beginning of a thawing process.
The USA made its FIRST EVER appearance at the International Criminal Court today – well, to be clear, U.S. war crimes ambassador Stephen Rapp showed up at the management board meeting – but this could signal a monumental policy shift. Rapp is expected to make a statement to the Assembly of Parties (specifically, the 110 other countries that recognize the jurisdiction of the ICC) on Thursday.

What’s the Significance?
The ICC was created in 1998 as a permanent international tribunal to punish individuals who commit genocide and other serious international crimes.

The underlying document that provides legitimacy to the ICC is known as the Rome Treaty, which was approved in 1998 with a vote of 120 countries in favor, 7 countries against, and 21 countries abstaining. The big picture – countries who signed and ratified the treaty basically consented to the ICC’s jurisdiction over their citizens. So, if a particular head of government commits crimes on an international scale, he/she could be hauled down to the Hague and face criminal prosecution before a “global” court. Recall: In 2001, the ICC charged the former president of Yugoslavia & Serbia, Slobodan Milosevic, for violating customs of war, breaches of the Geneva conventions, and alleged genocide for the wars in Croatia, Bosnia and Kosovo.

Today’s appearance by U.S. War Crimes Ambassador Rapp could foreshadow a warming trend ushered in by the Obama administration; there is much speculation that tomorrow’s statement could signal the USA’s willingness to ratify the Rome Treaty

Additional information can be found at: bdhlaw.net