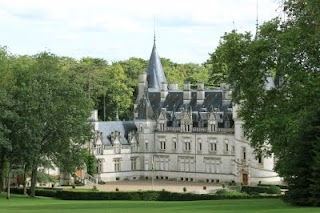 Raleigh, N.C. — Soon not only your house but also your car and your workplace may be classified as “castle” thanks to an expansion of North Carolina’s Castle Doctrine which was approved by the North Carolina Senate on March 14, 2011 with a 35-13 vote.

Based on the English Common Law provision that “one’s home is one’s castle,” some form of the Castle Doctrine has been adopted in more than half of the U.S. states. Each state’s Castle Doctrine differs with respect to the specific instances in which the Doctrine can be invoked, and what degree of retreat or non-deadly force (if any) is required before deadly force can be used.

In addition to providing a valid criminal defense, the Castle Doctrine in some states also provides for civil immunity.

In North Carolina, the Castle Doctrine currently gives the “lawful occupant within a home or other place of residence” the right to defend his/her “castle” with “any degree of force that the occupant reasonably believes is necessary … including deadly force,” if the occupant “reasonably apprehends that the intruder may kill or inflict serious bodily harm to the occupant or others in the home or residence,” or he/she “reasonably believes that the intruder intends to commit a felony in the home or residence.” There is no “duty to retreat” prior to the use of deadly force under these circumstances. (N.C.G.S. § 14‑51.1).

Under the new legislation approved by the North Carolina Senate on Monday, the “castle” will continue to be the home. In addition, the new law will recognize the car or workplace as one’s “castle.” The workplace does not have to a building and even includes tents, warehouses, etc.

Opponents of North Carolina’s proposed expansion of the Castle Doctrine fear that it will cause more people who are untrained in defensive use of firearms to arm themselves. Proponents, on the other hand, argue that the legislation will increase the deterrent effect on would-be predators.