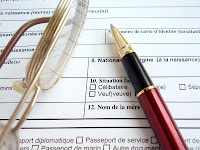 Taking effect immediately, this policy will grant “deferred action” on deportation proceedings if the individual came to the U.S. under the age of sixteen; has continuously resided here for at least five years preceding June 15, 2012; and is currently in school, has graduated from high school (or obtained a general education development certificate), or is an honorably discharged veteran of the U.S. Coast Guard or Armed Forces. Additionally, the individual must not have any serious criminal convictions or be over the age of thirty.

Under this policy, President Obama and the Department of Homeland Security (DHS) are permitted to exercise their prosecutorial discretion, which gives them the power to examine individual cases of immigrants in making deportation decisions. It allows the President to accept or reject applicants based on the requirements drawn up by the DHS and to interfere in cases when immigrants are already in removal proceedings.

President Obama’s new immigration plan closely resembles the DREAM Act, which was blocked by Republican lawmakers in 2010. One major difference in the new policy is that it does not grant a path to citizenship, as the DREAM Act would do. Because the use of prosecutorial discretion confers no substantive right or pathway to citizenship, the DHS cannot provide assurance that all deferred action requests will be granted. Only the Congress, acting through its legislative authority, can confer these rights. It is the hope of many undocumented students and their supporters that President Obama’s announcement will increase the pressure on Congress to end the Republican filibuster and send the DREAM Act to the president’s desk.

Opponents of the new policy fear it may have taken away the opportunity for American citizens and legal immigrants in their pursuit of the American dream to get an education, go on to college, and join the work force. Opponents also say that with unemployment still sitting at over 8 percent, our economy is not stable enough to deal with this added increase to the workforce.

Whatever measures Congress decides to take in the future, it is clear that the majority of people in the U.S. would like to see comprehensive immigration reform that puts in place a more long term solution to the problem.