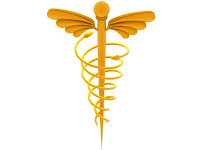 The Affordable Care Act (ACA), including its individual mandate that virtually all Americans buy health insurance, is constitutional.

Chief Justice Roberts joined the four left-leaning justices on the bench making it a 5-4 vote in favor of saving the ACA in its entirety, with exception that the federal government’s power to terminate states’ Medicaid funds is narrowly read.

The individual mandate that requires people to buy health insurance, or face a penalty, was not upheld under the Commerce Clause, rather, the majority of Justices upheld the law as constitutional under the government’s tax power. The penalty for failing to carry insurance possesses “the essential feature of any tax,” producing revenue for the government, Chief Justice Roberts wrote.

Although the Obama administration always asserted the penalty was valid under the federal taxing power, until Thursday no court had fully accepted that theory. Those that upheld the Patient Protection and Affordable Care Act, as the law is known, did so under Congress’s constitutional power to regulate interstate commerce.

The Court did restrict a portion of the ACA dealing with the expansion of Medicaid, which in its original state, allowed the federal government to withhold Medicaid funding from states who refused to follow the new eligibility requirements. As explained by Chief Justice Roberts, Congress acted constitutionally in offering states “new” Medicaid funds to expand coverage to millions of new individuals. The Court further held the government may constitutionally require compliance with the new ACA requirements in order to obtain these funds. Although Congress can deny the new funds to states choosing not to expand Medicaid, they cannot penalize those states by taking away their existing Medicaid funding. The Constitution therefore requires that states have a choice about whether to participate in the expansion; and if they decide not to, they can continue to collect existing funds.

Although todays decision leaves the ACA intact, its anticipated future is still unclear. House Speaker John Boehner said the Supreme Court’s decision to uphold the majority of President Obama’s healthcare reform law would “strengthen [the] resolve” of the GOP to repeal it entirely.

If everything goes as planned for the Obama Administration, most of the law’s key provisions are set to take effect roughly two years from now, on January 1, 2014.

You can read the Court’s opinion in its entirety here.