Status and Highlights of the Visit USA Act 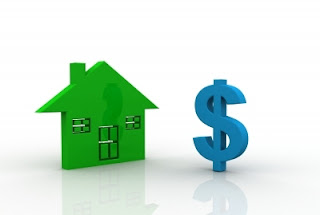 As previously reported on our blog, last week two senators introduced a bill in the U.S. Senate providing foreigners with the opportunity to obtain a visa when buying a pricey home in the United States. The title of the bill is “Visa Improvements to Stimulate International Tourism to the United States of America Act.“

Section 8 of the bill – Increasing Home Ownership by Priority Visitors – outlines the new measure which will offer visas to any foreigner making a cash investment of at least $500,000 on residential single-family houses, condos or townhouses. The text of Section 8 is presented below and the most pertinent parts have been highlighted in bold print.

SEC. 8. INCREASING HOME OWNERSHIP BY PRIORITY VISITORS.
(a) Nonimmigrant Status- Section 101(a)(15) of the Immigration and Nationality Act, as amended by section 5(a), is further amended by adding at the end the following:

‘(X) subject to section 214(t), an alien who, after the date of the enactment of the VISIT USA Act–

‘(ii) the alien spouse and children of the alien described in clause (i) if accompanying or following to join the alien.’.

(b) Visa Application Procedures- Section 214 of the Immigration and Nationality Act, as amended by section 5(b), is further amended by adding at the end the following:

‘(1) The Secretary of Homeland Security shall authorize the issuance of a nonimmigrant visa to any alien described in section 101(a)(15)(X) who submits a petition to the Secretary that demonstrates, to the satisfaction of the Secretary, that the alien–
‘(A) has purchased a residence in the United States that meets the criteria set forth in section 101(a)(15)(X)(i);
‘(B) is not inadmissible under section 212; and
‘(C) will comply with the terms set forth in paragraph (2).

‘(2) An alien who is issued a visa under this subsection–
‘(A) shall reside in the United States at a residence that meets the criteria set forth in section 101(a)(15)(X)(i) for more than 180 days per year;
‘(B) is not authorized to engage in employment in the United States, except for employment that is directly related to the management of the residential property described in section 101(X)(i)(II);
‘(C) is not eligible for any form of assistance or benefit described in section 403(a) of the Personal Responsibility and Work Opportunity Reconciliation Act of 1996 (8 U.S.C. 1613(a)); and
‘(D) may renew such visa every 3 years under the same terms and conditions.’.

For more information on the Visit USA Act and other Immigration Law inquiries, please contact us via email at charlotte@bridgehouselaw.us or via phone at 704.333.5230.