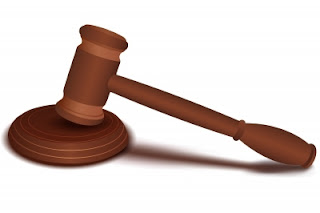 The current October 2011 term of the United States Supreme Court is loaded with a number of high-profile cases. In this article, we will be highlighting three of the cases. We already published an article about the case challenging health care reform here.
Arizona v. U.S. will be heard April, 25, 2012, with a decision expected sometime late June. We previously informed you about Arizona S.B. 1070 on our blog. The law makes it illegal for an undocumented immigrant to apply for a job or be in the state of Arizona. Law enforcement is also given the right to arrest someone without a warrant if there is probable cause that the person has ever done something that would permit deportation.

One of the nine justices on the Supreme Court, Justice Kagan, was involved in Arizona v. U.S. in her previous role as United States Solicitor General. She has therefore recused herself, leaving the remaining eight justices to decide the case. The trial court’s decision will stand if the Justices are evenly split.

The case is sure to be closely followed by all the other states who adopted similar laws to Arizona’s S.B. 1070.

Mayo Collaborative Services v. Prometheus Laboratories Inc. has already been heard and decided. The case was about patentability and the scope of the prohibition on patenting natural laws, specifically regarding medical diagnostic tools.

In its opinion, the Court stated that “[i]f a law of nature is not patentable, then neither is a process reciting a law of nature, unless that process has additional features that provide practical assurance that the process is more than a drafting effort designed to monopolize the law of nature itself.” The Court went on to explain that the application of the law must be “inventive” in order for it to be patentable.

As Ronald Mann writes on his blog, the case will have a significant impact not only on the medical and biotech field, but also on the software industry. It is likely that the United States Patent Office will be less generous in granting patents.

A further case that has already been heard and decided is United States v. Jones, in which the government installed a GPS tracking device on the car of a nightclub operator to obtain evidence of his role in trafficking drugs. The problem was that the government did not obtain a warrant prior to the installation of the tracking device.

The U.S. Court of Appeals for the District of Columbia quashed Jones’s conviction on grounds that installing the GPS tracker without a warrant violated his Fourth Amendment right to be free of “unreasonable searches and seizures.” The Justices, however, were divided on why exactly using the GPS violated his rights, as blogger Amy Howe explains in her blog post. Nevertheless, at the end of the day,the Supreme Court unanimously ruled that the police violated the Constitution when they placed a Global Positioning System tracking device Jones’s car and tracked its movements for 28 days.