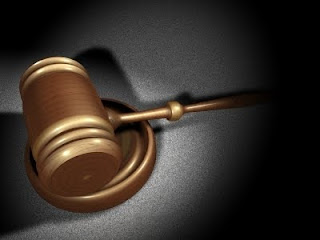 We have continuously reported about Arizona’s controversial immigration law. The law included a provision that would require the police to determine the immigration status of a person they have detained and suspect is in the country illegally.

Today, the 9th U.S. Circuit Court of Appeals released a ruling in which it upheld a preliminary injunction against parts of the law that were challenged by the Obama administration.

Reuters — The 9th U.S. Circuit Court of Appeals ruled that a lower court did not abuse its authority by enjoining key sections of the state law, including the police requirement.

U.S. District Court Judge Susan Bolton blocked the law’s most controversial elements shortly before it was due to come into effect last July, arguing that immigration matters are the federal government’s responsibility. In addition to the requirement that police check immigration status, Bolton also had blocked a provision requiring immigrants to carry their papers at all times and made it illegal for people without proper documents to solicit for work in public places.

Republican Governor Jan Brewer, who signed the law at the end of April last year, appealed the decision, arguing that the Obama administration had neglected its responsibility, and that Bolton had abused her discretion in blocking parts of the law, an argument dismissed by the appellate court on Monday.