Why Export to Canada 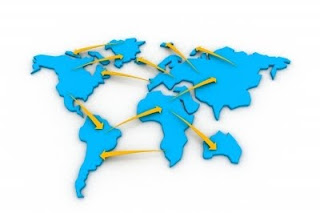 Did you know… Canada is the world’s 7th largest market economy with a sound financial and distribution system. Similar business practices and attitudes have an incentive effect on Canada’s first business partner, the U.S.

Following up on our previous blog post about Dana M. Hick’s, III presentation “Exporting Goods to Canada – Legal and Practical Considerations,” this report outlines information on Canada as an attractive export market. It also highlights aspects that should be considered by companies exporting to Canada.

By comparison Canada is a larger market for U.S. goods than all 27 countries of the European Union combined, whose population is more than 15 times that of Canada.

One reason for the strong trading relationship between the U.S. and Canada is the geographic proximity between both countries. 17 of Canada’s 20 largest cities are within 100 miles of the U.S. border. In other words 30 of 34 million Canadians live in this area. Therefore many Canadian production hubs are closer to key U.S. markets than corresponding American centers. This leads to reduced transit times and costs. Especially the Southern-Ontario region with 7.2 million citizens and a gross domestic product of 323 billion dollar is an important location.

Another reason is Canada’s open border policy as well as the common language and corresponding time zones.

Generally, it is advisable to seek legal and business advice in order to manage all export requirements.