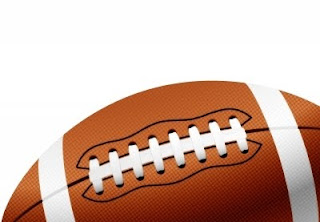 When talks did not reach a solution, the NFLPA dissolved itself. As a result, players are no longer protected under labor law but instead are now allowed to take their chances in federal court under antitrust law. Ten players filed a class-action lawsuit and asked for a preliminary injunction to block a lockout. The lockout, nevertheless, went into effect on March 11.

The NFL owners had the right to impose the lockout under federal labor law since the collective bargaining agreement with the NFLPA expired. A „lockout“ means there can be no on-field football action or communication between the teams and current NFL players. Team doctors will be allowed to monitor the progress of injured players, but not at the team’s facility. No offseason workouts or minicamps will be held during a lockout. No players can be signed and players will not have medical coverage provided by the teams.

On April 25, U.S. District Judge Susan Richard Nelson granted the injunction to end the league’s six-week-long lockout. She hereby argued that an appeal by the NFL owners could take many months to be resolved. It would cause irreparable harm to players while they remain locked out of training facilities and free agents are unable to sign contracts. Moreover, the public interest, the fans, did not favor a lockout. Nelson, however, did not tackle the issue of the antitrust lawsuit.

The NFL responded by filing a notice of appeal questioning whether Nelson exceeded her jurisdiction since „federal law bars injunctions in labor disputes.“ It also asked for an expedited stay, meaning it wanted Nelson to freeze her ruling to let the appeals process play out.

The hearing on the NFL’s appeal of the injunction is set for June 3. The stay and appeal are being decided by the same three judges who voted (2 to 1) on April 29 to give the NFL a temporary stay that reinstated the lockout.

The stay is a critical decision for both sides and for the course of the off-season. If the NFL is being granted the stay, the league would remain closed for business at least until the appeal is decided, and that could put increasing financial pressure on players. If the NFL is not being granted the stay, it would be forced to open for business, including starting a free agency, under rules that are likely going to be similar to those used in 2010. It is also being argued that stopping the lockout would open all 32 teams up to additional antitrust claims. Antitrust claims carry triple damages for any harm proven, meaning hundreds of millions of dollars are at stake.

But, there is hope the issue will be solved before June 3. The case will be heard before the NLRB on May 16 by U.S. District Court Judge David Doty, the man in charge of NFL labor matters since 1993.

More Labor Law related news can be found on our website.