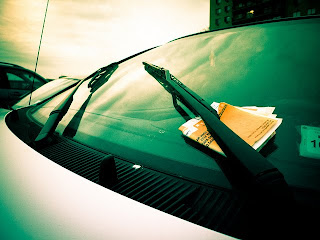 The Orlando Florida police department had a good laugh this past week when they received the payment of $1 for a parking ticket that had been issued November 7, 1975. Stanley Baker, who now lives in Pentwater, MI, found the ticket in a book that he had bought at an Orlando garage sale back in 1995. The ticket was more than 35 years overdue, and Mr. Baker included a note reading, “Better late than never!”

The payment was sent inside the original envelope that accompanied the ticket when it was issued. It was delivered to what is now a police department auditorium, but what was a traffic court back in 1975. Unfortunately (or perhaps fortunately for at least one parking violator) the records of Orlando’s parking violations from 1975 have already been destroyed, so we will probably never know who actually received the ticket. If the scofflaw could be located perhaps the city should ask for the rest of its money; $1 in 1975 is the equivalent of $4.20 in today’s money.