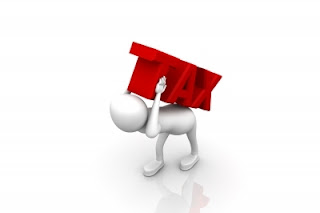 Governor Jerry Brown recently signed a California bill into law that imposes the collection of taxes from consumers on sales by online retailers. The law is designed as a run around the 1992 Supreme Court decision that ruled states cannot tax businesses that are not physically within their boundaries.

This new statute would establish presence in California in two ways: either by sellers having an actual presence or related company operating in the state, or if they pay commissions to other internet sites operating in California who refer buyers. Amazon, Inc. acted quickly to alert the around 25,000 affiliate websites that it does business with in California that it would be terminating the relationships.

The California Board of Equalization says the tax will raise around $300 million a year for the cash-strapped state, but critics claim it will raise nothing because large internet retailers will simply stop doing business with the affiliate programs based in the state rather than pay the tax. Besides Amazon, Overstock.com has also told affiliates they should move to another state if they wanted to continue earning commissions.

A similar bill was passed by the California legislature last year but was vetoed by Governor Schwarzenegger when it became apparent that online retailers would simply stop doing business in the state, like they are now. Despite the online opposition, the tax is firmly supported by many retailers with brick and mortar locations, such as Walmart, Best Buy, and Barnes & Noble, who will be unaffected by the change. The president of the California Retailers Association, a major supporter of the bill, said, “You can’t give one segment of retail a 10% discount every day. It’s just not fair.”

California joins six other states, including North Carolina, that have enacted similar statutes. Lawsuits by Amazon are pending in Illinois and New York to determine the constitutionality of such laws.