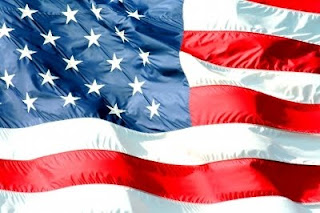 PHOENIX — Arizona lawmakers are proposing a sweeping package of immigration restrictions that might make the controversial measures the state approved last year, which the Obama administration went to court to block, look mild.

Illegal immigrants would be barred from driving in the state, enrolling in school or receiving most public benefits. Their children would receive special birth certificates that would make clear that the state does not consider them Arizona citizens.

Some of the bills, like those restricting immigrants’ access to schooling and right to state citizenship, flout current federal law and are being put forward to draw legal challenges in hopes that the Supreme Court might rule in the state’s favor. Arizona drew considerable scorn last year when it passed legislation compelling police officers to inquire about the immigration status of those they stopped whom they suspected were in the country illegally. Critics said the law would lead to racial profiling of Latinos, and a federal judge agreed that portions of the law, known as Senate Bill 1070, were unconstitutional.

Similar legal challenges are likely to come in response to the latest round of legislation, some of which cleared a key Senate committee early Wednesday after a long debate that drew hundreds of protesters, some for and some against the crackdown. “This bill is miles beyond S.B. 1070 in terms of its potential to roll back the rights and fundamental freedoms of both citizens and noncitizens alike,” said Alessandra Soler Meetze, executive director of the A.C.L.U. of Arizona. She said the measures would create “a ‘papers, please’ society” and that a new crime — “driving while undocumented” — would be added to the books.

Despite boycotts and accusations that the state has become a haven of intolerance, Arizona won plaudits last year from immigration hardliners across the country. On Tuesday night, the Indiana Senate voted to allow its police officers to question people stopped for infractions on their immigration status, one of numerous proposals inspired by Arizona’s law.

Opponents said the changes were a drastic rewriting of the core values of the country. In Tucson, a community group was so enraged by what it called the extremist nature of the proposals from Phoenix that it proposed severing the state in two, creating what some call Baja Arizona. “Denying citizenship to children because they have parents without documents is crazy,” said the

The measures would compel school officials to ask for proof of citizenship for students and require hospitals to similarly ask for papers for those receiving non-emergency care. Illegal immigrants would be blocked from obtaining any state licenses, including those for marriage. Landlords would be forced to evict the entire family from public housing if one illegal immigrant were found living in a unit. Illegal immigrants found driving would face 30 days in jail and forfeit the vehicle to the state. The measures are not assured of passage.

Supporters of the crackdown include Katie Dionne, who described herself as an “average, everyday American” who wanted to prevent illegal immigrants from changing her way of life. “If their life is so wonderful why did they leave where they’re from?” she asked senators.

The state’s business community, stung by a boycott that has reduced the number of conventions in the state, generally opposes the new round of restrictions. “This will put Arizona through another trial and hurt innocent businesspeople who are just trying to get ahead,” said Glenn Hamer of the Arizona Chamber of Commerce and Industry.