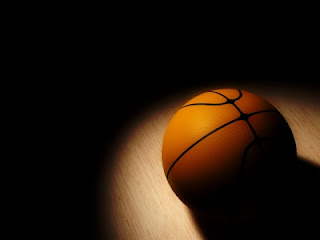 Their respective sports are different in many ways, even down to the shape of the ball, but professional athletes from two of the major sports in the United States will be doing the same thing this summer. Well, not doing anything actually, as the National Basketball Association has followed the National Football League in locking out its players and putting the next season in jeopardy. On July 1st the 30 teams that make up the NBA closed their offices and locked the practice facilities, effectively saying that it is cheaper for them to close up shop (at least temporarily) than it is to continue operations under the current agreement with the players’ union.

Unlike the lockout in the NFL, where every team is making money and the dispute is more over how those profits should be divided, the NBA lockout is happening because more than 2/3 of the teams are losing money every year. Under the current agreement the players receive close to 57% of the total revenue, while the owners receive the remainder. The owners are looking for something much closer to a 50/50 split, and the imposition of a hard salary cap to help limit salaries.

The NBA Player’s Union is unlikely to follow their counterparts in the NFL and de-certify as a union. There may be several reasons for this, but it most likely comes down to the strategy that the main negotiators are taking in each conflict. The NFL Player’s Union de-certified, meaning it was no longer a union at all and therefore was not eligible for collective bargaining, and decided to take on the owners through the U.S. court system by relying on anti-trust claims as a strategy to break the lockout. The NBA players have thus far upheld their union status. This allows them to bargain collectively with the league and team owners, and is a good indication that they would rather negotiate their way to a conclusion rather than resorting to a court.

The main negotiators for each side, NBA Union Chief Billy Hunter and NBA Commissioner David Stern, have been in this situation before. They were each in their respective positions 13 years ago when the NBA and the players were at a similar impasse, and were eventually able to work out an agreement. With the league coming off one of the best years in memory for fans and players alike, there are many that hope they can achieve a similar level of success this time around.