February 1, 2019
As we begin the annual reporting season for 2019, multiple Secretaries of State have notified businesses to be wary of third-party requests for corporate filings and fees. The Secretary of State in West Virginia discovered that one such mailing was sent to all 103,000 businesses registered in the state. The solicitation requested that the application form be returned by January 11, 2019, even though the statutory deadline wasn’t until July 1, 2019.
Similarly there was a solicitation sent out to Florida Corporations (shown in the photo above), seeking $150 for corporate consent records in lieu of annual meeting minutes. Though corporations are required to have one or the other of these annual records, the document they’re offering is not part of any Florida filing requirement.
This isn’t the first time that businesses have been targeted with these kinds of solicitations. Sometimes the solicitors are impersonating an actual government agency, whereas other times they’re just intentionally misleading the recipient. BridgehouseLaw wants to share with you a few tips for how to avoid their trap.
Check into the Entity that Sent the Solicitation
Most of these solicitors will stop short of impersonating an actual government agency. Instead, they string together some combination of words that sounds like it might be a government entity. A few examples of these misleading names:
·      “California State Corporations”
·      “Filing Labor Compliance Department”
·      “Business Filings Division”
·      “Florida Council for Corporations”
If the name seems real, here are a few other ways to check the entity:
1.     if there’s a website or email listed it should usually (but not always) end in “.gov”
2.     go to the Secretary of State website (some states call it Department of State) and find the real government entity that handles business registration
3.     call the Secretary of State and ask whether the entity on the document is part of their organization
4.     contact your team at BridgehouseLaw
Don’t be Fooled by the Official-Looking Seals
These solicitations often come with a circular seal in the upper corner. Usually only states and government agencies have a circular seal, so it adds to the official façade. The goal is for you to think that the law requires your business to send them money. Most of these entities are smart enough to not use a genuine state seal, because it would be such clear evidence of criminal fraud.
Sudden Urgency
Finally, these solicitations often involve some element of urgency. It’s meant to make you feel frantic and send in money without having time to think. If you’re just being contacted for the first time and the deadline is just weeks away, it might be worthwhile to investigate further.
As you prepare to file an Annual Report, keep in mind that BridgehouseLaw is here to help with all of your corporate filing needs. Don’t hesitate to contact us with any questions. 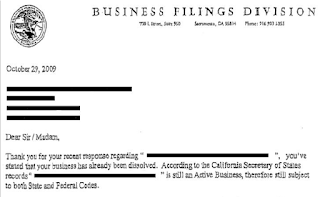 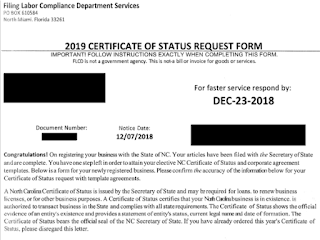 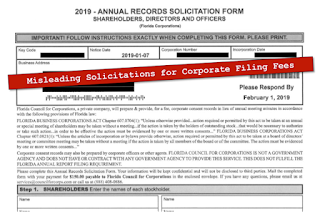