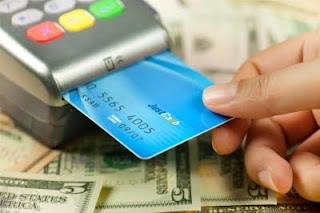 After having been through the worst financial crisis since the Great Depression, it was time for a significant change in the American financial regulatory environment. The Dodd-Frank Wall Street Reform and Consumer Protection Act, signed into law by President Obama on July 21 2010, is supposed to be this change.

One of its amendments directs the Federal Reserve Bank to limit the fees, banks collect from retailers each time a customer makes a purchase with a debit card, to a „reasonable and proportional“ amount.

While merchants are delighted contending that these fees are hindering business growth, expansion plans and the recruitment of new workers, banks and debit card companies storm Capital Hill saying that their tremendous loss will result in either not issuing debit cards to customers anymore or in raising other consumer banking charges. Lenders like Bank of America, JP Morgan Chase and U.S. Bancorp already chose the second option. They say it is not understandable why especially giant retailers like Home Depot and Wall Mart should profit from it.

But what about smaller banks? Although they are supposed to be exempted from the law, they are worried about not being able to persist in the market since big banks have no other choice than offering lower fees.

The ongoing discussions and different sights of the story made several politicians and lawmakers doubt the meaningfulness of the debit card amendment they have been once so supportive of. It remains to be seen what July 2011 brings, the month when the Act is supposed to be put into effect.