US Court of Appeals Permits Discovery in International Commercial Arbitration* 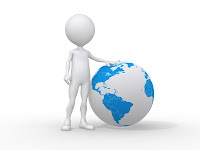 This decision is one of some heavily discussed amongst practitioners as obtaining discovery available in the United States is influencing the international arbitration procedures.

28 U.S.C. § 1782(a) permits any party or other interested person involved in proceedings taking place before a foreign or international tribunal (including proceedings not yet under way, but rather in “reasonable contemplation”), or the international tribunal itself, to make a request to a federal district court for an order compelling discovery from a person or entity that resides or is found in the district in which the court sits.

C filed an application pursuant to § 1782 in Florida to obtain discovery for use before the Center for Arbitration and Conciliation of the Guayaquil Chamber of Commerce. C requested document production from J’s United States affiliate, which did business in Miami. In addition, C sought to depose persons from J’s United States affiliate The District Court granted the § 1782 application and authorized CONECOL to issue a subpoena.

The decision found that “foreign or international tribunal” for the purposes of § 1782 – shall be defined generously including arbitral tribunals. The court referred to the Supreme Court’s decision in Intel Corp. v. Advanced Micro Devices, Inc., 542 U.S. 241 (2004), in which it held that the European Commission and EU courts dealing with EU competition law and regulatory claims qualify as “tribunals” under § 1782.

The Eleventh Circuit (Alabama, Florida and Georgia) became the first and only Circuit Court of Appeals to conclude that arbitral tribunals qualify under § 1782. Although the court’s interpretation is supported among district courts the decision is important as the the Fifth Circuit Court of Appeals (Louisiana. Mississippi, Texas) in El Paso Corp. v. La Comision Ejecutiva Hidroeclectrica del Rio Lempa, No. 08-20771, 2009 WL 2407189 (5th Cir. Aug. 6, 2009), found that § 1782 does not apply to discovery for use in a private international arbitration. The evident differences might at some point require a final determination by the United States Supreme Court.

Although not only arbitrators and arbitration practitioners from civil law jurisdictions will find good arguments against the interpretation of the Eleventh Circuit Parties to international arbitration proceedings will have to consider this position even or especially if there is only one of the parties with activities in the United States. Costs and delays and access to previously unavailable evidence must be considered in the strategic planning of an international arbitration.