Bias Against the Unemployed? 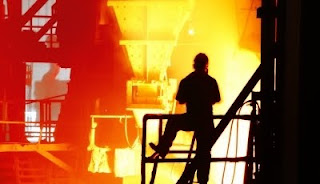 WASHINGTON—The Equal Employment Opportunity Commission has begun a probe of whether employers and recruitment firms are unlawfully barring the unemployed from applying for certain jobs, the agency’s chairman said.

EEOC Chairman Jacqueline Berrien said at a hearing on February 16, 2011 that the agency began hearing anecdotal reports of the practice last summer, including from news reports and from worker-advocacy groups gathering examples of help-wanted advertisements that said only individuals who currently had jobs should apply.

“We’ll take a close look at what we heard and consider if there’s anything we might need to do to clarify standards,” she said.

It isn’t clear what the EEOC will do to address the issue, or to what extent it is authorized to act. EEOC and Labor Department officials said they don’t have much data on whether the practice of excluding unemployed people from applicant pools is widespread. Lawyers representing employers say it isn’t, and even when it is done it can be justified based on employers’ need to find workers whose skills are up to date.

Lawyers say no law explicitly bans a company from excluding applications from the unemployed. But civil-rights law does prohibit actions that put a group of applicants at a disadvantage based on their race, gender or age, unless an employer can show a business’s necessity for their decision.

Labor Department Assistant Secretary for Policy William Spriggs told the EEOC that employers are “more likely to be excluding Latinos or African-Americans” because they are unemployed at higher rates than the overall population.

“We are concerned because we are the job trainer for America,” said Mr. Spriggs, adding that it is difficult to say how prevalent the practice might be because any bans wouldn’t necessarily be stated in an application.

The Labor Department reviewed job postings and didn’t find exclusionary language to be common, Mr. Spriggs said. He also said the agency hasn’t heard anything from its state work-force agencies about this practice.

“I don’t think the EEOC is going to find significant evidence of this,” said Paul Evans, a partner in Philadelphia for law firm Morgan, Lewis & Bockius.

In some fast-changing industries that involve technology, recent experience might be a worthy requirement for a job, he said. “It’s different than eliminating someone because they’re unemployed.”
Being unemployed for longer periods of time might also make workers more vulnerable. One in every three short- and medium-term unemployed workers—33.8%—are 40 and older, while among the long-term unemployed, one in two, or 52.2%, are 40 and older, Mr. Spriggs said.