Charlotte-Mecklenburg Police is Cracking Down on Jaywalkers and Aggressive Drivers 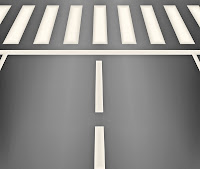 From July 30 to August 17, 2012, police on foot and bicycle monitor the five heavily traveled intersections in Uptown. During the first week, police already issued 41 tickets.

Pedestrians pay a total of $213 for jaywalking. The fine for jaywalking itself is only $25, but the court fees are $188. In addition, car drivers get a ticket if they do not give pedestrians the right of way, forcing them to pay a fine over $223, $35 of which is the fine.

Charlotte-Mecklenburg Police Department (“CMPD”) started the “awareness campaign” in response to pedestrian-related crashes in Uptown streets in January 2012. A young bank executive was killed while walking to work. The next day another pedestrian sustained non-deadly injured at the same crosswalk.

Already 14 pedestrians have been killed in incidents involving motor vehicles this year. In fact, Mecklenburg County leads the state in the number of pedestrians injured and killed by motor vehicles.
Following these incidents, CMPD conducted a study about accidents in Charlotte. The result of the study was that there is an increase in pedestrian-related crashes in recent years, ranking Mecklenburg County as number one in the State of North Carolina for pedestrian accidents.

Areas where CMPD cracks down on jaywalkers and aggressive drivers:

Officers will be at the intersections during the morning and evening rush hour as well as during lunch time.