Dispute over Bratz Dolls Ownership Settled in Favor of MGA 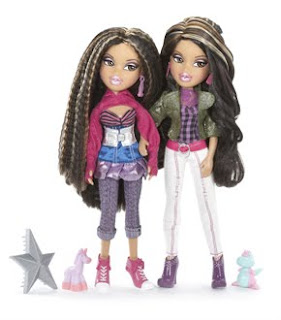 The concept of Bratz was invented by Carter Bryant, a former employee at Mattel. Mattel argued that Bryant came up with the idea for the dolls during his second stint with the company in 1999, but violated his contract by sharing the idea with MGA. Bryant himself assures that he got the idea in 1998 while being on break from Mattel and staying with his parents in Missouri.

Back in 2008, a jury in Riverside, CA decided that Mattel was right in claiming copyright infringement and awarded the toy maker $100 million in damages. This decision was overturned in 2010 by a California appeals court. According to the appellate court, the lower-court judge had erred in ruling that Mattel was entitled to Bryant’s drawings as a matter of law due to the employment agreement it had with him.

The re-trial took place on April 21, 2011 in Santa Ana, CA. It involved the copyright claims as well as accusations from each company that the other one stole trade secrets.

The eight-person jury unanimously rejected Mattel’s claims regarding copyright infringement and ownership rights concerning the Bratz dolls early models or sketches. The jury found that MGA did not steal from Mattel but that Mattel had stolen 26 out of 114 proposed trade secrets from MGA and therefore awarded MGA $88.5 million in damages.

Both sides are set to be back in court at the end of next month. MGA’s lawyers will seek punitive damages of up to two times the amount of the $88.5-million award as well as attorney’s fees. Mattel lawyers, declaring that “this was not the last word in this case,” are expected to appeal the verdict.

Toy analysts, however, warn that both companies already suffered enough damages, in particular Mattel. Mattel spent about $400 million in legal fees on the case in the past seven years and is now sentenced to pay $88,5-million to its rival.