GPS Tracking and the Fourth Amendment 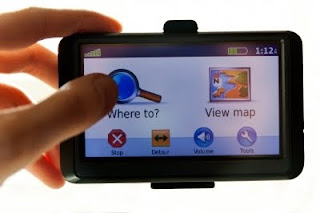 The Fourth Amendment of the U.S. Constitution protects against unreasonable governmental searches and seizures. In areas where a person has a reasonable expectation of privacy, a search warrant based on probable cause must be obtained by the government prior to the search.

The interpretation of the Fourth Amendment is the focus of a recent request by the U.S. Justice Department (“DOJ”) to the U.S. Supreme Court. The DOJ is asking the Supreme Court to overturn a federal appeals court decision requiring police to get a warrant before attaching a global positioning device to a suspect’s car.

According to the ABA Journal, acting Solicitor General Neal Katyal urged the Supreme Court to grant cert to resolve a circuit split. At issue is whether use of the device is a “search” under the Fourth Amendment and whether a person has an expectation of privacy for his travel in public.
The police used a GPS device to record the movements of accused cocaine dealer Antoine Jones, including his trips to a stash house where police found cocaine and $850,000 in cash. The U.S. Court of Appeals for the D.C. Circuit overturned Jones’ conviction because police did not get a warrant.

The government contends the GPS device can be installed under a 1983 Supreme Court case, United States v. Knotts, which allowed police to install a beeper device in a can of chemical used to make drugs. There is no reasonable expectation of privacy in a person’s movements from one place to another, the government argues in its brief. The D.C. Circuit said the case did not apply because it involved tracking from one place to another, while the GPS was used to track a person’s movements “24 hours a day for 28 days.”

Whether this case will turn into the seminal privacy case of the 21st century remains to be seen. We will keep you posted on our blog and website!