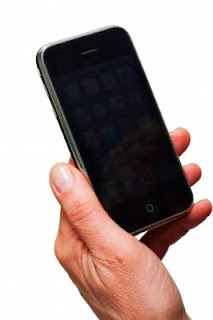 Recent concerns that Apple is tracking users of its iPhones and iPads, have prompted Apple’s chief executive, Steve Jobs, today to respond to the widespread complaints. Along with the announcement of an upcoming mobile software update, Jobs said “the iPhone is not logging your location” and the company has “never transmitted” the precise location of iPhones to itself.

According to CNN, the next version of Apple’s iOS will store data about a phone’s location for only seven days instead of for months, as was previously the case, the company says. Apple blamed the fact that so much location data had been stored on users’ phones and computers on a software “bug.”

Many iPhone and iPad users expressed outrage last week when two data researchers uncovered a secret file stored on Apple’s mobile devices and on the computers that are synced to those devices via the iTunes program. This file, called “consolidated.db,” kept a log of the mobile device’s general location going back to June when Apple released a new version of its operating system.

Apple does not have access to individual location data in that file, the company says, but many users were concerned that it even existed. Furthermore, public officials complained that the file was “unencrypted,” meaning that, if someone got access to an iPhone or synced computer, they could steal this file with relative ease since it was not password-protected.

Apple downplayed these concerns in its statement.