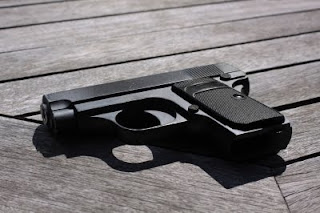 Mexico, being frustrated with U.S. attempts to stop the flow of weapons into Mexico (amounting to 2,000 smuggled guns a day), engaged Reid Collins & Tsai in November 2010 to explore filing civil charges against U.S. gun manufacturers and distributors.

Reid Collins & Tsai, a boutique trial firm, based in New York, practices complex commercial litigation including matters of financial fraud, international money laundering, cross-border issues and professional liability, and may consider a suit based on the Racketeer Influenced and Corrupt Organizations Act (RICO).

Under RICO, a person can be charged with racketeering if he is a member of an enterprise that has committed any two of 35 crimes within a 10-year period. If the court finds someone guilty of racketeering, the convicted can be fined up to $25,000 or receive a prison sentence of up to 20 years. Private persons are also permitted to initiate a lawsuit and can obtain damages triple the amount of actual damages.

A former representative of U.S. gun makers, however, said that he believes that the Protection of Lawful Commerce in Arms Act (PLCAA) will hinder such a claim.

We will keep you posted on how this issue develops!