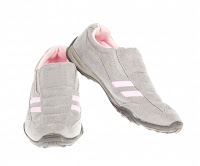 Although Skechers, USA Inc. is the latest company to backtrack on advertising statements, this scenario isn’t exactly unprecedented. Our blog recently covered a settlement made by Nutella for $3 million after they advertised their spread as being nutritious. In the latest example of deceptive advertising practices, Skechers agreed on May 16, 2012 to pay $40 million to resolve unfounded claims that its “toning shoes” would help consumers lose weight and strengthen their butt, leg and stomach muscles. This line of shoes gained much of its attention after being endorsed by reality-TV star Kim Kardashian in a commercial which aired during the 2011 super bowl.

The Federal Trade Commission challenged several Skechers ads as deceptive, including one in which the company urged consumers to “get in shape without setting foot in a gym.” Another ad wrongly claimed that the shoes’ benefits were backed by an independent chiropractor study. In fact, the FTC concluded the study didn’t produce the claimed results, and that the chiropractor who conducted the study is married to a Skechers marketing executive.

You would think Skechers might have learned a lesson from Reebok. It was just in September of last year that the FTC settled charges with Reebok International Ltd., a unit of Adidas, for its EasyTone walking shoes and RunTone running shoes for $25 million. Other examples of misleading advertising leading to multimillion-dollar settlements include a 2010 case involving Wrigley’s Eclipse gum (it doesn’t actually kill bad-breath germs, as the company claimed — it only masks them) and a 2008 settlement from Airborne (the supplement that didn’t actually prevent colds).

The line of “toning shoes” eligible for refunds includes Skechers Shape-Ups, Resistance Runner, Toners and Tone-Ups. The FTC says the amount of refunds eligible to consumers who purchased these shoes is unclear and will depend on how many claims are received in the eight-month filing period. Buyers can go to the FTC website to file a claim.
(c) Picture:  freedigitalphotos.net
Best regards
und viele Grüße aus Charlotte
Reinhard von Hennigs
www.bridgehouse.law