Tax Issues for Foreign Real Estate Owners in the US 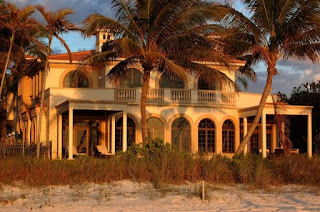 Sometimes old cases are still relevant. Especially in times of real estate foreclosures and banks taking properties it is good to know that European investors in US real estate get some protection.

We reported in April 2006 that the United States Supreme Court ruled on April 26, 2006 in the Jones v. Flowers case. It was decided that when a mailed notice of a tax sale is returned unclaimed, a state must take added steps to attempt to make sure the property owner knows the property is at risk before it may be sold.

This issue is specially interesting for European owners of real estate in the US. Often they do not know whether their local property manager paid all taxes and they do not get any notice sent to their US vacation home until hey return in several month.

Background:
Jones v. Flowers, 547 U.S. 220 (2006), was a decision by the Supreme Court of the United States involving the due process requirement that a state give notice to an owner before selling his property to satisfy his unpaid taxes. The Court ruled, 5-3, that after a mailed notice was returned unclaimed, a state was required by the Due Process Clause of the Fourteenth Amendment to take additional reasonable steps to notify the owner before the sale could proceed. The Court’s opinion was delivered by Chief Justice John G. Roberts, his fourth majority opinion after his confirmation to the Court in 2005 and his first to provoke any dissenting opinions.

The Court had last addressed the issue of notice in Dusenbery v. United States, 534 U.S. 161 (2002), which held that the government need only take steps reasonably calculated to provide notice even if actual notice is not achieved. The four justices who dissented in Dusenbery now formed the majority with Roberts in Jones v. Flowers, distinguishing the prior case on the basis that the government in Dusenbery did not know that its method of notice had failed before the taking occurred. Justice Clarence Thomas, in dissent, believed the Court was instead undermining Dusenbery, which he argued implicitly dictated a result contrary to the majority’s decision.

Conclusion:
Pay your taxes is the best advice. If you need assistance or are concerned about certain real estate issues, please contact Reinhard von Hennigs at rvh @ bdhlaw . net or visit bdhlaw.net.